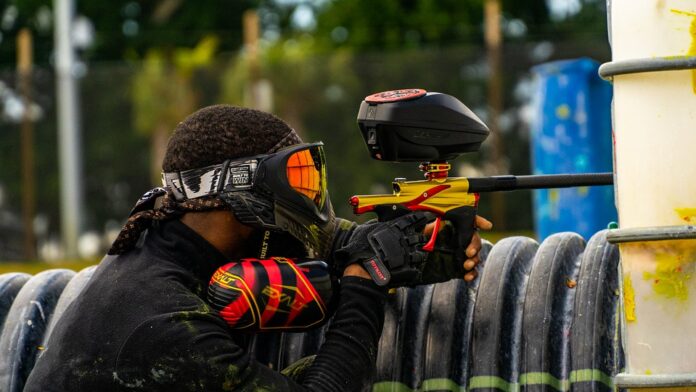 Can Paintball Guns Be Used for Self Defense?

If you are worried about personal security, you might have considered investing in a paintball gun as a self defense aid. If you can be confident that you will only be using your paintball gun on private property, a paintball marker can be a useful backup for self defense use. However, because of the law surrounding paintball gun use, you should be weary of reaching for your marker to ward off an attacker or chase off intruders.

Are Paintball Guns Effective at Warding Off Attackers?

Although the law surrounding paintball guns is quite complex, there may be times when you are justified in using a paintball gun to protect yourself. However, there is the question of whether or not a paintball gun is effective enough to deter an attacker or send an intruder fleeing.

If a paintball round is traveling quickly enough and has been directed to strike a sensitive part of the body, it may cause enough pain to make an assailant think twice about continuing their attack. However, if the attacker is armed with a potentially lethal weapon of their own, there is a good chance they will be able to overcome your efforts. While firing a paintball gun at exposed eyes and other highly sensitive areas will result in more significant injury, doing so may land you in hot water with the authorities.