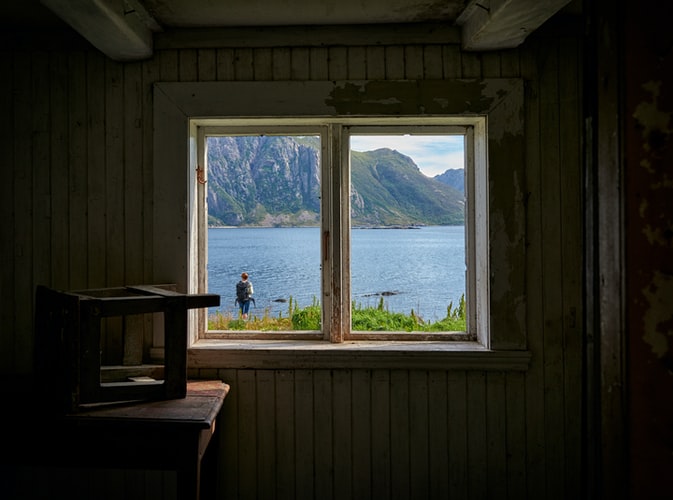 Although paintball rounds are fairly brittle and break apart on impact, they do travel at high speeds and have the potential to break glass. However, this all depends on the type of gun you are using, the makeup of the paintball round you are firing and the thickness of the glass you might come into contact with.

The short answer to this is yes, but it all depends on the type of window. Windows found in buildings can be particularly susceptible to breakage should a paintball round make contact with it at high speeds. This is definitely true if the window is of an older, single glaze design.

However, double ad triple glaze windows will generally prove more resilient against paintball impacts. If a paintball gun is fired at close range to a window, the chances of the glass breaking is more considerable. However, damaged windows are not really a concern when playing at paintball fields. Buildings will be positioned away from the field of play, with any wayward paintball rounds likely to lose velocity as they near windows.

Although buildings will usually be positioned far away from the field of play, the same can not be said of vehicles. However, the good news is that the glass used to produce car windscreens and windows is usually far more robust than the type of glass found in building windows. Car windows are made from toughened and tempered glass, so even paintball rounds fired at close range will struggle to cause any damage. However, you should avoid firing rounds within the vicinity of vehicles to avoid potential damages.

Although most windows will be able to sustain a direct impact from a paintball round, other types of glass are more prone to breaking and shattering. For example, objects like glass bottles and beakers will easily shatter if a paintball round makes contact with it. You should avoid the temptation to fire on such objects. Although firing on a bottle will not result in costly property damage, shattering glass represents a potential hazard that could lead to injury.