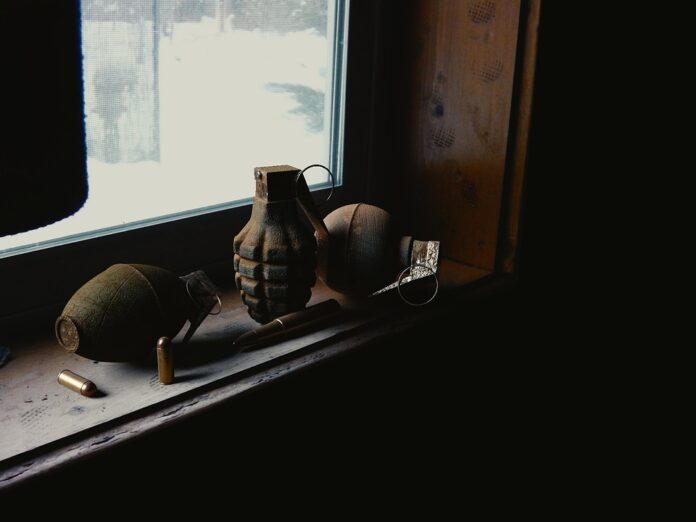 How Do Airsoft Grenades Work?

If you are looking to add a sense of realism to your airsoft engagements, airsoft grenades are a great addition to your arsenal. Airsoft grenades allow you up the stakes when taking on the enemy, with the ability to flash a space before you storm an area. They can also be used to fill a space with smoke, providing you with cover so you can retreat or cross an exposed area. Airsoft grenades come in a few different varieties, with each one working a little differently.

Otherwise known as pyro grenades, pyrotechnic grenades are the most commonly used in airsoft games. This grenade variety is designed for single use, with an internal explosive that provides a small pyrotechnic effect when lit. To use a pyrotechnic grenade, you will need to activate the striking mechanism.

Some grenade include a fuse-like feature that needs to be lit to activate the explosion, while others include a ring that will need to be pulled in order to ignite the fuse. As with a conventional grenade, the fuse will slowly burn, working its way to the interior of the grenade structure. This gives you a little bit of time to consider your target before throwing the grenade.

Pyrotechnic grenades come in different forms: frag grenades and smoke grenades. Frag grenades create a small explosive effect, which can be very effective at disorienting enemy players. Meanwhile, smoke grenades produce a thick, continuous stream of smoke. Depending on the grenade, this release of smoke can last for up to two minutes.

Blank firing grades are designed in a similar way to blank rounds used in replica firearms. To activate a blank firing grenade, you will need to release a pin. By releasing this pin and the internal spool, you will trigger a timing mechanism. Once the firing pin makes contact with the primer, the blank round is activated and a loud bang will be heard. Blank firing grenades are used to disorient enemy players and are exceptionally loud. Therefore, once activated and thrown, you should aim to clear the area as quickly as possible.

Airsoft gas grenades are another worthy addition to your arsenal. They come in two varieties: projectile and audible. Audible airsoft gas grenades make use of compressed gas, which delivers an audible bang and pressure that will easily disorient enemy players.

This type of grenade often makes use of carbon dioxide, with gas released as soon as a primed grenade makes contact with a hard surface after being thrown. Projectile gas grenades are another option. They work in much the same way as audible gas grenades, but also release ball bearing projectiles after being primed and released.