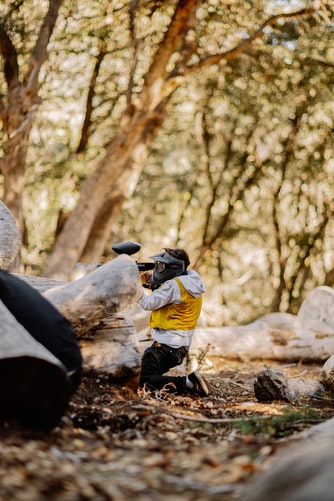 Just like conventional sports, paintball has many active leagues in the United States. These vary from local and regional leagues that invite amateur teams to participate in organized events, to more established organizations that operate events and fixtures throughout the country. Below is a handful of some of the biggest and most established paintball leagues currently in operation in the USA for you to consider joining.

If you’re looking for a pro-level speedball league, the National Xball League is one of the best around. NXL is one of the most established paintball leagues in the US, offering professional teams a range of playing formats. These include X-Ball, a standard 5-on-5 playing format, with individual matches lasting around 12 minutes. Match length depends on divisions, however.

Other formats include 5-on-5 play, with matches limited to five minutes per game. Larger playing formats are also supported, with 10-on-10 play with 10 minutes allotted for each game. There is are also 3-on-3 matches, with three minutes per game. This playing format adopts a best of three approach to whittle down the competition. This is arguably one of the biggest leagues in the country, with participating fields located throughout the US.

The International Classic Paintball League is a subsidiary league of the NXL. However, it has grown in size and popularity in recent years, standing on its own as a premier paintball league. The ICPL adopts a more limited approach to playing formats, with its standard format being a 10-on-10 classic playing style. This makes it incredibly popular with larger teams. Playing formats also heavily incorporate woodsball and hyperball elements, with challenging terrain conditions that are include mounds and hybrid characteristics.

The basic style of play is a capture the flag scenario, with match length limited by a timer. The ICPL has three events annually, with each one held at a different venue in the United States. The upper echelons of the league are reserved for the best teams, with 24 teams allowed to participate in the professional-level division. However, an amateur division allows for less established teams to get some experience their belt and progress to advanced playing levels.

Collegiate paintball is a big thing in the USA, with the National Collegiate Paintball Association allowing less established paintball clubs and teams the chance to come together and play on the national stage. In addition to fostering development and tournament-level play with college teams, the NCPA also supports high school teams.

However, the majority of tournaments organized by the NCPA involve college teams, with many events being held annually. There are also several ongoing playing divisions, with participating teams given the chance to rise through the ranks as they battle rival teams.

The Elite Xball League is a fairly new addition to the paintball scene. Based out of Elite Sports in Assaria, Kansas, this league allows less established teams the chance to compete in tournaments usually reserved for professional-level tournaments. Despite being far more accessible to amateur teams, the EXL hosts a range of playing formats.

Entry costs are fairly inexpensive, allowing newly established teams to get stuck into the action. Despite being affordable, the EXL does boast some impressive cash prizes. To get started, eligible teams need to register their interest before being accepted and invited to play.

The OPS venue also offers a full variety of equipment rentals, making the league an obvious choice for those with only a casual interest in paintball. The varied playing fields also allow for a great variety of playing formats. In addition to first-rate speedball fields, there are are also immersive woodsball courses for more challenging outdoor encounters.

If you are based in the vicinity of Maryland, the NR Paintball League might be the perfect tournament for you. This is a divisional paintball league, so teams at all playing levels can participate. This league also offers a variety of different playing formats, so small and large teams alike can do battle with rival teams.

Although an obvious choice for anyone based in and around Maryland, the NR Paintball League has become popular across the mid-Atlantic region. This league also operates a very busy schedule, with large events held throughout the year.

The Eastern Paintball League is one of the more established leagues in the United States. If you are a less experienced amateur team with big ambitions, the EPL will help you progress and up your game. In fact, the EPL actively encourages development, helping teams fine-tune their performance until they’re ready to compete in the big leagues at a national level.

The EPL is also the largest regional league in the country, with no other organization on the East Coast coming close to it in terms of an event schedule. The EPL is also fairly affordable, with entry costs fairly cheap across the board. The league has three different playing conferences that run throughout the year, with a final East Coast Cup event that allows all successful teams to come together and play against each other.

Based in Monroe Township in New Jersey, the Tri State Xball League was created to allow paintball teams to compete in a more local arena. As the name would suggest, this league caters toward the Xball playing format, so it will probably appeal to the more experienced playing market looking to engage with high-level opponents.

This league has several different playing divisions that teams can participate in, with entry costs fairly standardized across the board. However, prize packages vary significantly, with higher divisions offering significant prize funds for successful teams.

These are just a few of the biggest paintball leagues currently operating in the United States. If you are just starting out, you will be better off looking for a local or regional league that offers numerous divisions. This will ensure a more level playing field, with less chance of you being pitted against teams at a much higher skill level. Provided the league you are looking to join offers enough divisions, you can stick with your chosen league for some time before outpacing the competition.

Before you decide to register with a league, you will also want to think about the kind of playing formats it offers. Some leagues are strictly focused on woodsball or speedball playing formats, while others will cater to a broader range. Some leagues will also limit the amount of players that can participate in any given match. If you have a team made up of more than five or six players, you will obviously want to avoid leagues that limit match encounters to 3-on-3 fixtures.

When choosing a league to sign up with, you will also want to consider financial implications. Most amateur-level leagues will only require you to cover a small amount when it comes to entry costs and participating fees. However, the more established leagues at pro-level will usually require you to shell out a considerable amount to participate. However, higher entry fees usually equate to bigger prize pools, so it all evens out.