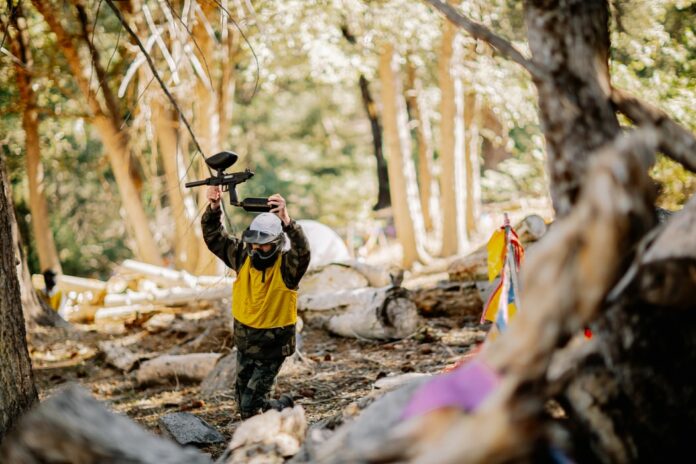 If you’re serious about paintball and have joined the ranks of an established team, you probably want to take things further than open play sessions at your nearest paintball field. Paintball leagues can be a lucrative next step for teams looking to capitalise on their success, with most countries operating at least one major tournament or league. Need some inspiration to find the right league for you? Below are some of the biggest and best paintball leagues from around the world.

If you’re based in Canada and looking to take your paintball team to the next level, the Ontario Paintball League (OPL) is worth looking into. This established league hosts fixtures across several divisions, with most of them catering to the amateur. Division 6 caters to beginners, while Divisions 5 and 4 cater to slightly more proficient teams.

With a range of divisions on offer, you obviously have the chance to climb through the rankings when participating with the OPL. However, you also face relegation if your team chalks up a significant amount of losses. The OPL also offers open play fixtures, although the outcome of these games has no bearing on league positions.

The OPL is by no means the only paintball league currently active in Canada. Another major paintballing organisation north of the US/Canada border is the Mirabel Impact Paintball League (MIPL). This league has several major divisions open to eligible teams, with its its RT5 and RT5 divisions both hosting eight of the best teams apiece. The MIPL ST3 Division is far more active, with no less than 16 teams regularly battling out on the paintball field.

Finally, there is the Eastern Paintball Player League (EPPL). A popular option for teams based in Canada’s maritime provinces, the EPPL hosts regular events throughout the year and offers a variety of playing formats. There is also a tiered approach to tournament play, with various divisions so successful teams can quickly progress and climb the ranks.

Arguably one of the biggest paintball leagues in South America is the Brazilian Xball League (BXL). As with other Xball scenarios, the BXL hosts tournament play adhering to PSP rules. You can expect 5-on-5 playing scenarios across most events, with ramping fire allowed. Each individual match also involves several smaller games. Although the BXL is arguably the biggest league of its kind in South America, it is by no means the only tournament for paintballers.

Another major tournament is the Costa Rica Xball League (CXL). This tournament focused on speedball scenarios, with 5-on-5 and 2-on-2 playing scenarios. There are also several divisions, allowing teams to progress through the ranks. The Mexican Xball League (MXL) is another long-standing tournament in Central America.

As with other Xball tournaments, this league adheres to the PSP rulebook and hosts a variety of 5-on-5 playing formats. It is also one of the most high-profile paintball leagues in Central America, with many major paintball brands throwing advertising and sponsorship money behind it.

Colombia is another South American country with plenty going in terms of paintball. The Torneo Paintball Colombiano (TPC) is one of the more established active leagues in Colombia, offering paintball teams a range of playing formats. The Circuito Colombiana de Paintball (CCP) is another major league worth investigating if you’re part of a paintball team based in this country, with many events held annually at the Bogota Open.

In the past, the Millennium Series dominated European paintball. This major tournament brought together the best teams from across the continent. However, it is no longer an active presence in the paintball world, with new tournaments rising to take its place. One of the biggest European paintball tournaments currently active is the Champions Paintball Series (CPS).

As with the Millennium Series, the CPS brings together the very best teams from across Europe on a regular basis. Expect a variety of playing formats and events when participating in this league, with event venues constantly changing between countries.

Most European countries have their own dedicated paintball leagues. In Russia, the Russian X-Ball League (RXL) is arguably the biggest paintball tournament organisation. Although the majority of events take on a 5-on-5 approach, other playing formats regularly find their way onto the schedule. The Polish XBall League (PXL) is another tournament worth seeking out if you’re a 5-man team. Other major European paintball leagues include the Norges Paintball Liga (NPL), based in Norway.

If you’re based in the United Kingdom, the Central Premier Paintball Series (CPPS) is probably your best bet. The CPPS is without doubt the leading authority when it comes to tournament-level paintballing in the UK and has supplemented other major organisations in recent years.

This tournament is based in the UK Midlands, with customised paintball fields providing the perfect venue for pro-level games. This tournament usually involves five main events that are held systemically over any given year. This league will also appeal to larger teams, with most events allowing for 7-man and 10-man teams, especially toward the end of the playing season.

Paintball fans based in Australia have a few different leagues to consider, but NXL Australia is without doubt the major tournament series in this country. Unlike leagues based elsewhere in the world, NXL Australia hosts events at venues dotted across the country. On average, NXL Australia hosts around a dozens event annually, leading up to a national championship that sees the very best team crowned the victors.

Although NXL Australia is by far the best tournament offering in the country, other Australian leagues do exist. The Australian Paintball Association (APA) is certainly worth considering if you are a less established team who want a better chance at being deemed eligible for participation.

The USA has more paintball leagues than any other country in the world. The National XBall League (NXL) is one of the most popular, with numerous events held annually across the country, with established ties to other paintballing organisations in other countries. The International Classic Paintball League (ICPL) is another long-standing tournament, with several events like the Windy City Classic and ICPL Old Bay Classic held every year.

One of the largest tournament organisations in the country is the United Paintball League (UPL). Although only the most successful teams will have any chance of participating in this league, a busy events schedules makes it one of the most lucrative for professional-level paintballers. Another worthwhile platform for top-tier paintballers is the Elite Xball League, with several major competitive events held every year.

These are just a selection of some of the best paintball leagues currently in operation around the globe. You’ll find dozens more smaller leagues currently active leagues, especially in countries like the United States. Before you make plans to enter into the fray, there are some things to consider.

You can’t simply roll up and expect to be invited to participate in an established league. You’ll always need to register to be able to participate, while entry fees are standard across the board. For the biggest leagues, you will also need to first qualify before you can hope to compete against other teams.

If you are fairly new to paintball with a less than perfect scorecard, you will definitely benefit from considering a league with tiered divisions and a broader pool of participating teams. This way, you are more likely to be pitted against teams of similar skill levels in initial fixtures, allowing you to more easily progress up the league tables as you chase the top spots and biggest prize funds

PaintballBuzz.com is a participant in the Amazon Services LLC Associates Program, an affiliate advertising program designed to provide a means for sites to earn advertising fees by advertising and linking to Amazon.com.